Are you just too lazy? Return to LOVE

Home/Spiritual Ninja Lifestyle/Are you just too lazy? Return to LOVE
Previous Next

Are you just too lazy? Return to LOVE

My friend Rob came in to re-whitened his teeth this week. Rob is in his 40’s, successful, and is always so happy and giving. I asked him if he was dating and he said no. When I asked him why, his reply was “Honestly, I’m just too lazy.” 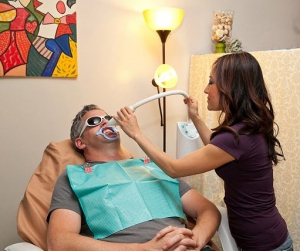 This made me think about where I’m at now. Even though I say I’m ready to fall in love, I’m honesty in-between “I gotta do something” and “I can’t be bothered” phase. So I call up several buddies and I ask them about the phase they are in. Most of them are in that lazy phase too. They think its “work” and don’t want to put in the effort because they are “comfortable” where they are at. Some of them went through a break-up and just feeling normal again. They like being able to do what they want and when they want.

My friend Chris is 57. He’s one of the most wise, kind and loving souls I’ve encountered. In a couple of conversations he’s mentioned some young couples and their situations. The situations are very “romantic” in theory where they will be sailing together for 2 years and working their dream business together. He comments he’d like to see how it ends up, if they are going to make it. I know this is a projection of his own fears. Chris believes in love but perhaps not for himself. Men really are fragile, just as confused and trying to figure it out like we are.

Then I thought “what got me out of it?” It was a story, an invitation, or a suggestion. The best shift was when a man casually invited me to do something because he knew I liked it. We had a great time and then it just transitioned seamlessly from a friendship to romance. This doesn’t happen very often because most of the time I’m put in the “friend zone.” When it has happened, they are my better relationships. I hear lots of stories from clients and friends when I’m doing their airbrush tans, teeth whitening, or lash extensions. Their stories and your stories help me do “the work” for myself and also to share with others so we all can break through.

Cathie wonders why men in their 40s and 50s can’t get their shit together. She’s trying online dating at the moment. Natalie’s boyfriend of about a year told her he “wasn’t’ ready.” Theresa’s new love interest of 2 months said “I don’t see a future together for us.”

We’ve all been in these moments of despair and it makes us want to give up. Tracey and Cori both came to me for eyelash extensions and they will give you hope to love again…

Tracey just married her high school sweetheart and had a baby at 42. Kurt had a crush on Tracey as a teenager. His mom had cancer and she died when he was 17. Before she died she told him she knows he loves Tracey and he should go after her only when he has become a man and can take care of her. He wrote her a letter professing his love and gives it to her sister to give to her. Shortly after Tracey gets married and Kurt never heard from Tracey. His heart was broken from this but he marries years later. A few years ago, they are both divorcing. By accident, Kurt emails Tracey thinking he was emailing her sister. Communicating again, they find out Tracey never got the letter! Their love is beautiful because they are ready for each other now.

Cori is in her mid 40s and has 4 grown kids. She’s been single for like 20 years. She loves LOVE but she had given up that love could happen for her. About a year ago, Cori decides to get back on track with her health and wants to do trail running. She’s at REI and knows nothing about it. She strikes up a conversation with a gentleman and they become friends running together. She offers to make him dinner. He agrees but keeps putting it off for about a month. He tells her its because his place is a mess and doesn’t want her to see it. When she finally comes over, she realizes he’s a hoarder of sorts and has little domestic organizational skills. Instead of washing dishes and pans, he just buys new ones! She helps clean him up. They are getting married in August 2015.

Early this year, I fell in love in for the second time in my life. I thought the feeling was mutual, it felt so good. Then something changed. It just fizzled out and I don’t understand it. I went through all the emotions of disappointment, anger, trying to get my control back…maybe I was just in love with the idea of it and it really didn’t exist? When things don’t go your way, you really have to thank it for allowing you to PA– USE, Re-Interpret the situation, and then CHOOSE again.

Because I’m reading “Return to Love” by Marianne Williamson I was at peace and understood the ego’s work in keeping us stuck, sometimes disguised as confidence. This book has given me so much wisdom and courage to love LOVE in all its forms. I highly recommend it because it will help you understand self sabotage. It will help you to choose from where you are at with grace. When I hear stories now, I know the conditions of people’s heart because the words you speak is the condition of your heart.

Always choose LOVE and JOY.  I chose to love this person where he is at, and honoring the relationship to take whatever form it needs to for the higher good. I thanked him for giving me feelings I thought had died. It got me out of the “can’t be bothered” phase to explore some new relationships with magic and renewal.

I hope these stories awaken you and you choose to RETURN to LOVE.

Laugh, Love, Dream, Believe. You can do, be and have whatever you dream.